Circular Economy is a topic theme, by this time: resources are kept in use as long as possible, extracting the maximum value from them, before being recovered and regenerated at the end of product’ service life.

However, there are materials that can’t be easily regenerated, nor be disposed: one of them is the Carbon fibre, often buried or landfilled, with a great waste of product and costs (of production and of disposal). This is why, starting from 2004, many EU Member Countries have approved laws restricting the landfilling of composite material.

The recycling process of carbon fibre is made more difficult by the complex composition of the matter combined with other different materials.

The CRESIM LIFE project (Carbon fibre Recycling through Special Impregnation), co – financed by EU, is an innovative pilot process for the production of CFRP (Carbon Fibre Reinforced Polymers) composites from recycled carbon fibre. Developed by Cannon Afros and Ergos, the plant is composed of: 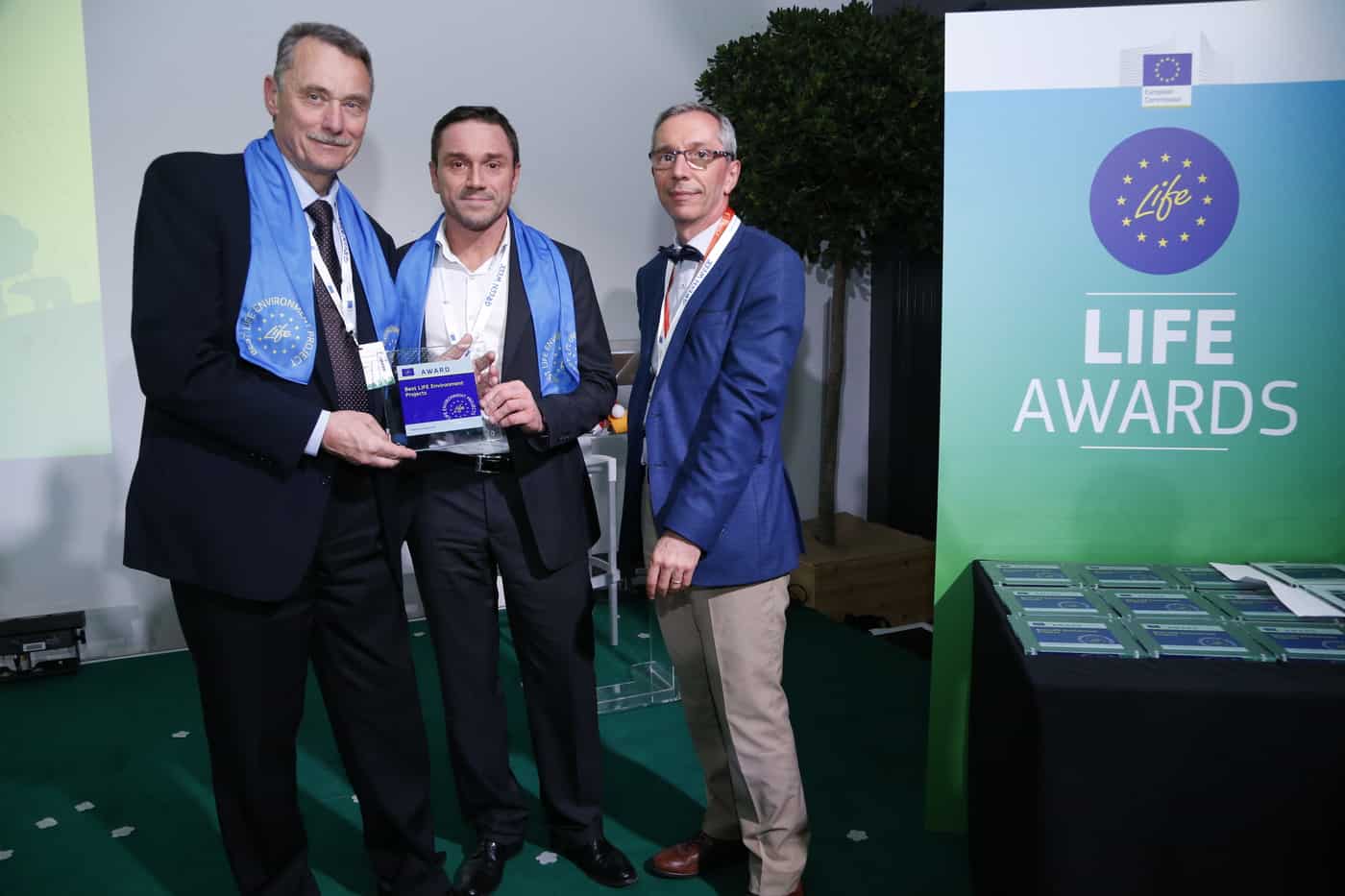 Maurizio Corti and Massimiliano Pietrocola received the prize in Brussels.

CFRP are worldwide very used and demanded for lot of applications. It is estimated that in 2020, the global demand of this material will reach about 130.000 tons.

Thanks to the CRESIM project, it is possible to recreate lightweight products that can be used in a wide range of fields, as for civil engineering, sports equipment, biomedical tools, high-end audio components, musical instrument…, with mechanical characteristics comparable to products made by virgin Carbon Fibre and, above all, with considerable environmental benefits.

On May  23rd 2018 Cannon has been awarded for CRESIM project, as one of the “Best” EU LIFE projects of 2016 in the category “Environment” by the European Commission.

CRESIM has been identified as one of those LIFE projects whose results, if widely applied, could have the most positive impact on the environment.