Bruno Fierro is one of the new vice-presidents of ANIMA

Yesterday, March 5, the nomination of the Committee’s structure, which will stay in charge for the next four years.

Fierro, already twice President of the UCC – union of boiler builders –  has the delegation to internationalization and “will have the task of consolidating relations with the ICE and the Ministry of Economic Development to ensure that the sectors represented by ANIMA become a fundamental reference point within the government committed to develop foreign economy policies. In addition, it will have to develop initiatives in countries of interest and ensure the presence of the federation at relevant trade fairs” (read more here) 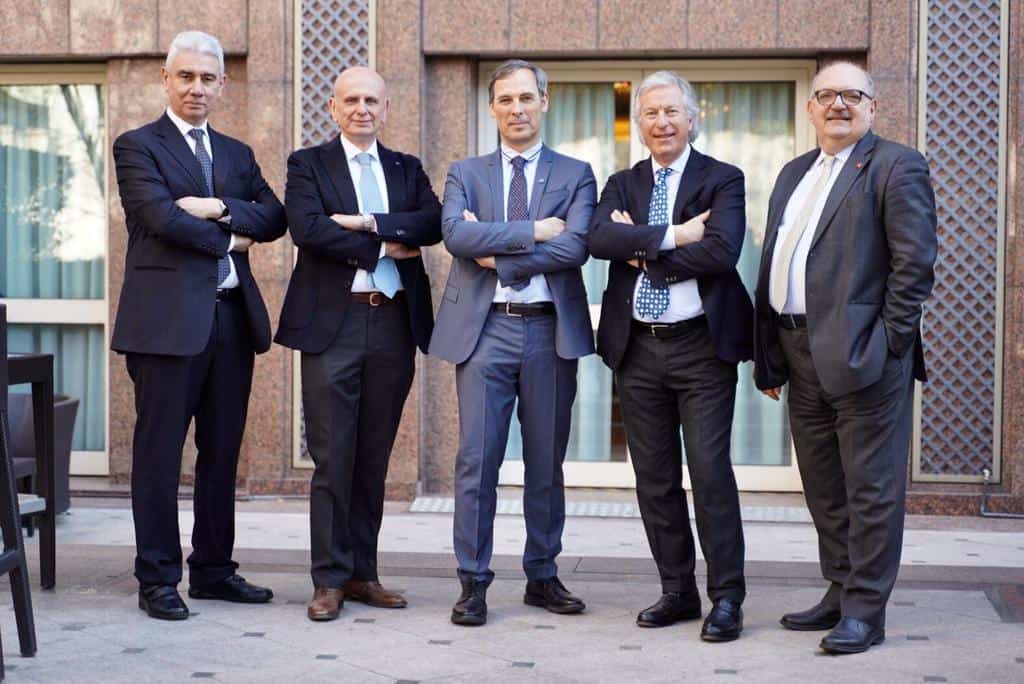 From left: the vice-presidents Alberto Montanini, Pietro Almici, Roberto Saccone and Bruno Fierro; in the centre: the President Marco Nocivelli.